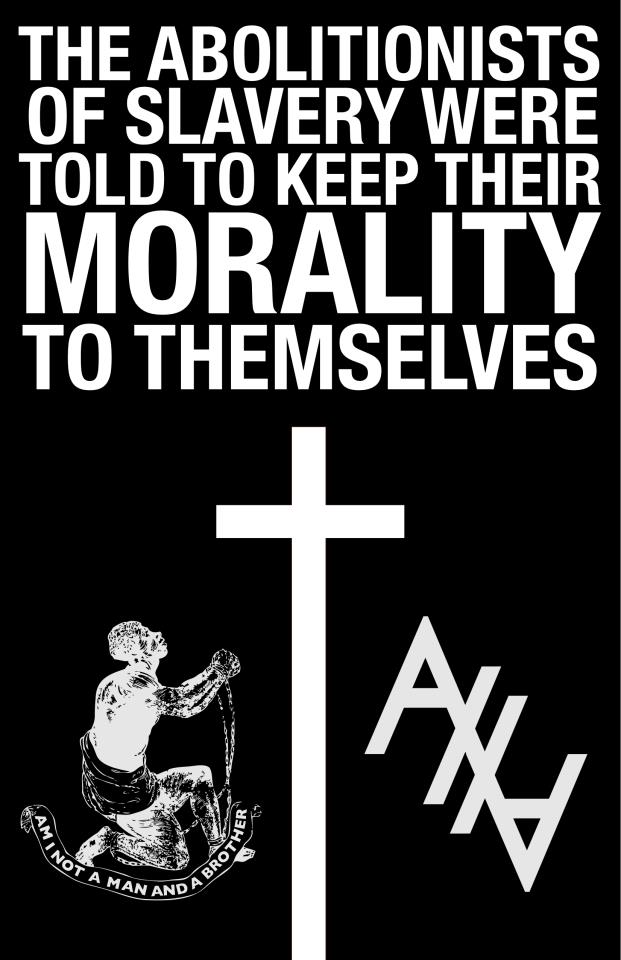 "In the 1830s, American abolitionists, led by Evangelical Protestants, gained momentum in their battle to end slavery. Abolitionists believed that slavery was a national sin, and that it was the moral obligation of every American to help eradicate it from the American landscape by gradually freeing the slaves and returning them to Africa."
("I Will Be Heard!" Abolitionism in America, Cornell University Library)

According to the historical accounts, a spiritual revival, the Second Great Awakening of the 1820's, had a great impact the efforts of Christians to end slavery.


"Although antislavery sentiment had existed during the American Revolution, and abolitionist Benjamin Lundy began his work early in the 19th century, the abolition movement did not reach crusading proportions until the 1830s. One of its mainsprings was the growing influence of evangelical religion, with its religious fervor, its moral urgency to end sinful practices, and its vision of human perfection. The preaching of Lyman Beecher and Nathaniel Taylor in New England and the religious revivals that began in W New York state in 1824 under Charles G. Finney and swept much of the North, created a powerful impulse toward social reform—emancipation of the slaves as well as temperance, foreign missions, and women's rights. Outstanding among Charles Finney's converts were Theodore D. Weld and the brothers Arthur Tappan and Lewis Tappan." (http://www.us-civilw...bolitionist.htm)

In other words, spiritual regeneration through the gospel of Jesus Christ transformed lives in such a way that their faith drove them to not only oppose slavery but led to efforts to abolish slavery.

"...the abolitionist movement did not coalesce into a militant crusade until the 1830s. In the previous decade, as much of the North underwent the social disruption associated with the spread of manufacturing and commerce, powerful evangelical religious movements arose to impart spiritual direction to society. By stressing the moral imperative to end sinful practices and each person's responsibility to uphold God's will in society, preachers like Lyman Beecher, Nathaniel Taylor, and Charles G. Finney in what came to be called the Second Great Awakening led massive religious revivals in the 1820s that gave a major impetus to the later emergence of abolitionism as well as to such other reforming crusades as temperance, pacifism, and women's rights. By the early 1830s, Theodore D. Weld, William Lloyd Garrison, Arthur and Lewis Tappan, and Elizur Wright, Jr., all spiritually nourished by revivalism, had taken up the cause of 'immediate emancipation.'"
(Abolitionist Movement, History.com)

History shows that the end of slavery was linked to this spiritual revival which impacted our nation in a profound way and "nourished" Christian leaders to respond to the morally repugnant institution of slavery.

Could there be a lesson here for 21st century America? Perhaps America will not get serious about ending abortion until there is another spiritual awakening. 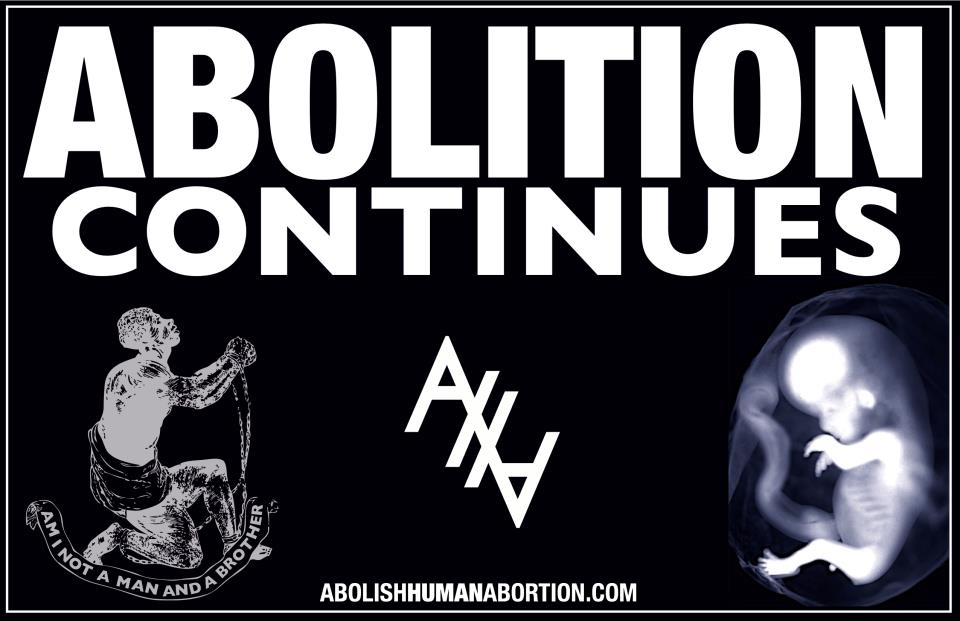 Maybe it will take another spiritual awakening for the church to end it's preoccupation with entertainment and "cultural relevance" and apply the gospel in its response to state sanctioned killing of unborn children.

Maybe it will take another spiritual revival to awaken the conscience of America's clergy to the impunity with which the unborn are routinely slaughtered in the communities where they live and minister.

Maybe it will take another Great Awakening to prompt the church to respond in practical compassion to those at risk for abortion and to offer the gospel message of forgiveness, healing and restoration to the millions of post-abortive in and out of the church.

I'm hoping history will repeat itself. That is one reason I am participating in the 40 Days for Life Fort Lauderdale prayer and fasting campaign to end abortion. God can end abortion in America. We are calling out to Him for His intervention.

Join us by going to www.40daysforlife.com to locate one of the 315 cities across this nation where prayer vigils are in progress. 40 Days For Life goes through November 4.