From: The Plight of the "Pro-Choice" Attorney 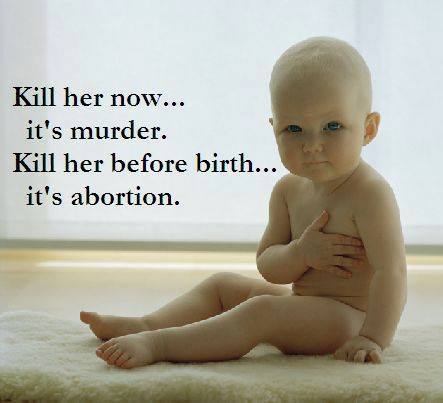 I heard a liberal female attorney on radio the other day insisting that since the seven SCOTUS justices declared the unborn are not human beings (Roe v. Wade 1973) she was fine with abortion, after all it was legal. It was apparent she was not familiar with or was willing to disregard what the scientific community, including embryologists, have acknowledged for years now - life begins at conception.
For example Professor Micheline Matthews-Roth, M.D. Harvard University Medical School writes, “…It is scientifically correct to say that an individual human life begins at conception…”

The attorney insisted that viability of the unborn determined their humanity. (See my message, "The Preborn- the Scientific, Philosophical &amp; Metaphysical Case for Life" at: http://churchforlife...losophical.html)

Even though she kept reminding the audience she was an attorney, she was evidently not aware of or was willing to overlook the words of Justice Harry Blackmun who admitted the following in his prevailing opinion (Roe v. Wade),

"The appellee…argue that the fetus is a ‘person’ within the language and meaning of the Fourteenth Amendment…If this suggestion of personhood is established, the [abortion rights] case, of course, collapses, for the fetus’ right to life is then guaranteed specifically by the Amendment."

She vehemently objected to being called "pro-abortion" even though the host insisted that to be "pro-choice" (the attorney's preferred term) meant that you approved of the killing of the unborn.

The attorney's inability or refusal to make a rational and scientifically sound defense of her position reminds me of the spiritual deception or darkness endemic to those who defend or promote child killing in the womb.

Jesus exposed the source of this deception/darkness. "the devil is a murderer from the beginning…a liar and the father of lies." (John 8:44)

The Apostle Paul further applied Jesus' statement to the condition of each of us apart from the Gospel.

"Once you were dead because of your disobedience and your many sins. You used to live in sin, just like the rest of the world, obeying the devil--the commander of the powers in the unseen world. He is the Spirit at work in the hearts of those who refuse to obey God." (Ephesians 2:1-2)

As I write this, I am thankful for God's work of grace in my life. As Paul wrote, "…he has rescued us from the kingdom of darkness and transferred us into the Kingdom of his dear Son, who purchased our freedom and forgave our sins." (Colossians 1:13,14)

These spiritual realities underlying the premeditated killing of unborn human beings making abortion first and foremost a spiritual issue and therefore a gospel issue, a conclusion most of the evangelical (pro-life) church has not come to terms with… yet. It also explains the moral schizophrenia represented in the photo below.

(See my message "Abortion, the Devil &amp; the Church - Exposing the Spiritual Forces Behind Abortion" at: http://churchforlife...l.)<br /><br />

Source: The Plight of the "Pro-Choice" Attorney