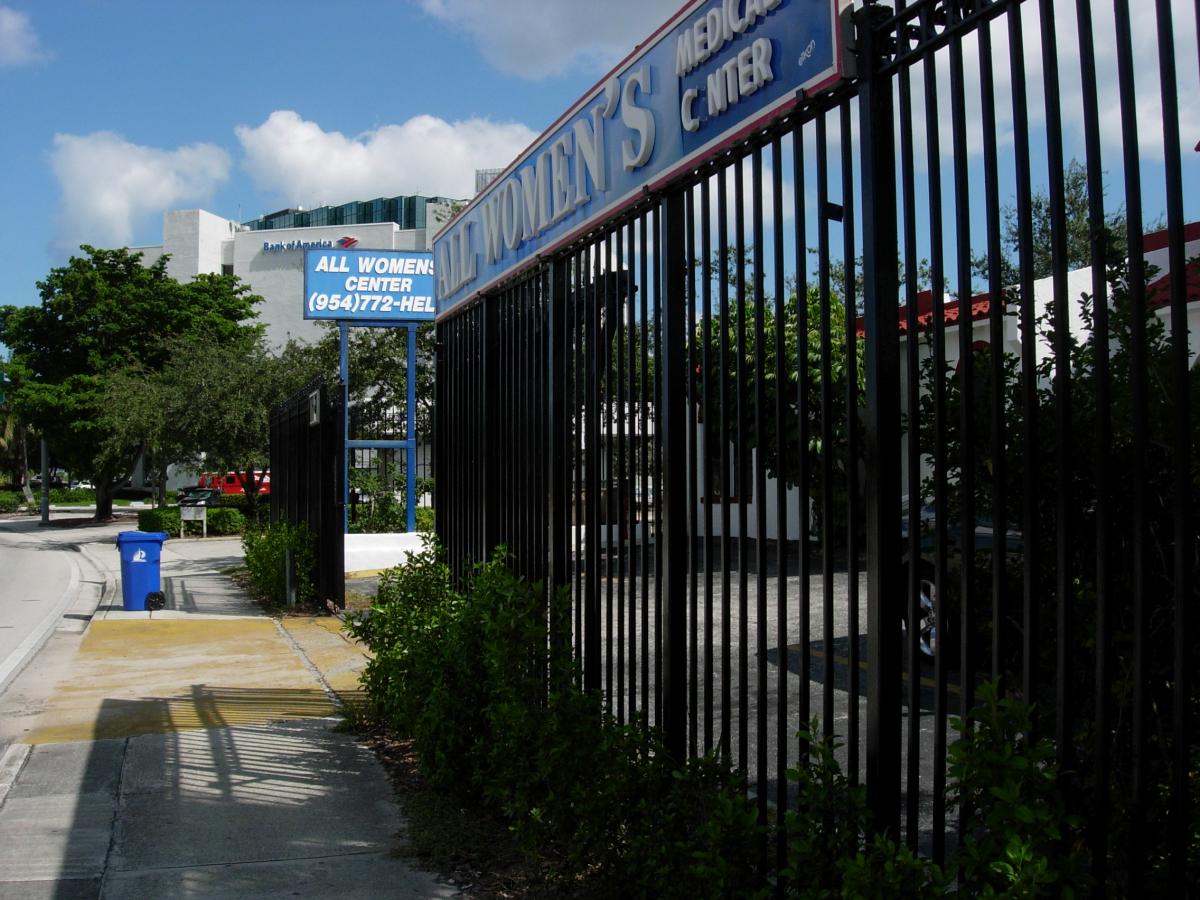 For me the hardest part of the prayer vigil is watching those who have just had an abortion exit the facility.

Today, after I had been there for a while, a man who looked to be in his mid thirties drove his late model 3.5L high output muscle car into the parking lot and entered the clinic alone. About fifteen minutes later he came out accompanied by a woman with a troubled look on her face. After helping her into the car, the African American couple drove away.

As they pulled out onto Commercial Boulevard, I was overcome with emotion, tears came, then loud sobbing as I thought of what I had just witnessed. Two apparently successful people had just terminated the life of their child.

It's painful to think of their loss - they would never look into the eyes of that child, never hold him/her in those early months of infancy, never hear their first words, take their first steps...
And then there's the thought of what lies ahead for these two parents as they face life changing and often life-long post-abortive problems.

Just before they pulled out, another car pulled into the parking lot, a couple in their early twenties, also African American, with a silver fish emblem on the back of their SUV. The young girl got out and entered the clinic and the young man began to pull out of the parking lot. His window was down, so I asked, "Which one of you is a follower of Jesus?" He was amiable but I could not hear his response due to the traffic noise. I said, "You have a Jesus sticker on your car." In our brief exchange, he said he had never killed any children and I understood him to say that the young woman he had just dropped off at the clinic was not there for an abortion.

I had been there going on two hours when another African American couple, perhaps in their mid twenties, came out of the clinic and walked passed me to the parking lot to the west.

Could all of this been prevented? Earlier, after the man in the muscle car pulled in, I had wondered if he and his companion had ever heard their pastor preach about abortion? Then the SUV with the Jesus symbol pulled in.

What's troubling is that most pastors avoid speaking about abortion from the pulpit. Perhaps the greatest danger to America's unborn will prove to be the silence of the American pulpit. So I pray for pastors while I'm at the vigil.

For the past five years, I have spent most of my time as a pro-life advocate, working in the local African American community.

During the two hours I was at the clinic today, everyone that entered or exited the clinic were African American. Most of the other days I have been at the vigil, I have noticed that about half of the clients are Black. Today I realize I had a front row seat witnessing what Black pro-life leaders call Black Genocide.*
Here's why they use of that term:
- 16 million black babies killed since Roe v. Wade (1973)
- 452,00 per year (2005)*
- 1,238 killed per day*
- Black women are 06% of the population
- Black women have 30% of all abortions
(Allen Guttmacher Institute 2011)
(*National Vital Statistics Report, October 2009)

The result of these starling numbers is that in Black America, death outpaces life, in other words there is an annual Black life deficit. The African American birthrate is now below replacement level. Blacks are the only minority in America declining in population. I wish pastors would come and see with their own eyes what I witnessed today.

As I stood and paced back and forth in front of the ten foot black steel spiked fence that surrounds the parking lot of the clinic, I wondered, "Who are they trying to keep out?" After all, the killing is going on inside.

Jesus said of the devil,
"The thief comes only to steal and kill and destroy;
I have come that they may have life,
and have it to the full."
(John 10:10 NIV)

Today, as every day since 1973, the Architect of Abortion is having his way and equally tragic is the fact hat I was standing alone for most of those two hours.

"Religion that God our Father accepts as pure and faultless is this:
to look after orphans and widows in their distress
and to keep oneself from being polluted by the world." (NIV)

There are no greater orphans than the unborn who are abandoned by their mother and father to a gruesome death. Equally tragic is the "religion" of the American church that remains absent and largely silent in the face of America's greatest holocaust.

(You can join the prayer vigil by going to www.40daysforlife.com/fortlauderdale to register and sign up on the vigil schedule.)