Dear Praying Friends,
Matthew 1:18 Now the birth of Jesus Christ was as follows: After His mother Mary was betrothed to Joseph, before they came together, she was found with child of the Holy Spirit. 19 Then Joseph her husband, being a just man, and not wanting to make her a public example, was minded to put her away secretly. 20 But while he thought about these things, behold, an angel of the Lord appeared to him in a dream, saying, “Joseph, son of David, do not be afraid to take to you Mary your wife, for that which is conceived in her is of the Holy Spirit. 21 And she will bring forth a Son, and you shall call His name Jesus, for He will save His people from their sins.” 22 So all this was done that it might be fulfilled which was spoken by the Lord through the prophet, saying: 23 “Behold, the virgin shall be with child, and bear a Son, and they shall call His name Immanuel,” which is translated, “God with us.”

Florida Church Reaching Jewish People – Santi, a pastor friend of Abe’s recently shared that three unsaved Jewish men have been visiting his church. Pray for Steve, Joel and Mel and families to see that Jesus is the promised Jewish Messiah and believe on Him. Pray for pastor Santi to have wisdom as he and others reach out to them.

Wall Street Needs Jesus – Abe recently spoke at a prayer gathering in Manhattan, NY. Most of the people there said they have Jewish contacts they work with, and wanted to know how to reach them. Some of them work at Wall St. and many Jewish people work there too. Abe will be helping and resourcing them as they prayerfully seek to share the Gospel with them. Pray the Gospel will penetrate this financial bastion and that Jewish people will be saved.

Rejoice Esther Has Believed Thank you for your persistent and faithful prayers for Esther. Over the past few years she would come off and on to our weekly service although she was not a believer. Esther was a Jewish Holocaust survivor. She grew up in Poland. Her father was forced to dig his own grave and then was shot and killed by the Nazis. Her mother died as a Jewish Partisan resistance fighter. Before she died she had a friend secret Esther away to a Catholic nunnery, leaving her on the steps of the orphanage. After the war Esther immigrated to Israel, and eventually came to America. When in her 80’s Esther developed stomach cancer. As she entered the last stages of her life, friends from our congregation visited her. Manny would powerfully and loudly pray over her. He prayed for healing, and for the Holy Spirit comforting, and for God to swell in her heart. All in the name of Jesus/Yeshua. The second time he went to visit Esther she said “I need something and someone to help me now.” And said, “I do believe in Jesus. Yes I do.” The last time Manny saw Esther he brought Judith who is also a Jewish believer as he is. Esther was very weak; days away from death. Judith asked Esther “do you know Jesus?” And she said “yes” with a look of comfort on her face. We will see Esther in heaven. Her name is written in the Lambs book of life, by the angels with a pen more precious than all the gold found on the earth. By His blood we are saved. That is to say by His love we are saved.

Hanukah The Feast of Dedication begins at sundown December 6 and lasts for 8 days ending on the 14th. Hanukkah literally means "Dedication." It refers to the time in history, when the Jewish people under the leadership of Judah Maccabee, won their freedom from their Greek and Syrian oppressors. On the 25th of Kislev - December, 165 B.C.E./B.C., they cleansed and restored the Temple and rededicated it to God. Tradition tells us that only enough sacred oil for one day was found when they lit the Temple menorah. However, a great miracle happened there. The menorah burned for eight days on one day’s supply of oil. So every year, beginning on the 25th of Kislev, Jewish families all over the world light candles for eight days to remember this holiday of our freedom and God's miracle. It is significant to note that Messiah Yeshua/Jesus observed this festival, known as "The Feast of Dedication" John 10:22-23. Yeshua also said, "I am the light of the world. He that follows me shall not walk in darkness but shall have the light of life" John 8:12.
Connect with your Jewish family, friends and neighbors during this time of year and let them know you care. You can do simple things, such as a delivery of a sufganiyah single, plural, sufganiyot. This is a round jelly doughnut eaten around the world on the Jewish festival of Hanukkah. The doughnut is deep-fried, filled with jelly or custard, and then topped with powdered sugar. At Hanukkah, Jewish people observe the custom of eating fried foods in commemoration of the miracle associated with the Temple oil. Let your contacts know that you pray for the peace of Jerusalem [Psalm 122:6]!

Abraham, our son is living in Pittsburgh and reaching out to Jewish people there. He recently developed a back problem, herniated disc, which leaves him in great pain and unable to walk on his left leg. Please pray for a quick recovery and for God to heal completely.

Messiah’s Lighthouse Congregation - Praise God! We have found a meeting place. We are meeting in a church in an excellent location. It is easy to get to and located near several subway lines. We are now on the border of a Jewish community. The second week we were there a Young Chinese lady, Karen, visited. Before the night was over she prayed to receive Jesus as Savior. Several of our Chinese people are now discipling her.

Eastern Pennsylvania District of the C&MA Recently Abe met with Rev. Terry Smith, the District Superintendent, to discuss the need and opportunity to reach the 300,000 unsaved and unreached Jewish people within their District. It was agreed that Abe and the district would work together to bring the Gospel to as many as possible of the lost sheep of the house of Israel. “Brethren, my heart’s desire and prayer for Israel is that they might be saved.” Romans 10:1

Kim Our Office Assistant Having Surgery On December 2 Kim will have had surgery to remove a small tumor on her kidney. Please pray that all will go well, and the Lord will guide the doctors. Pray that she will heal quickly with no infections or problems.
Your prayers and support enable us to continue bringing the message of salvation to our Jewish people. Thank you and God bless you as He promised to bless those that bless Israel Genesis 12:1-3.

“Jewish people are not unreachable, they are just unreached.”©

For God’s Glory and Israel’s Salvation,

Our mission: We exist to bring the good news of Messiah Yeshua/Jesus to Jewish people in the United States of America and worldwide, and to make disciples of Jewish believers. 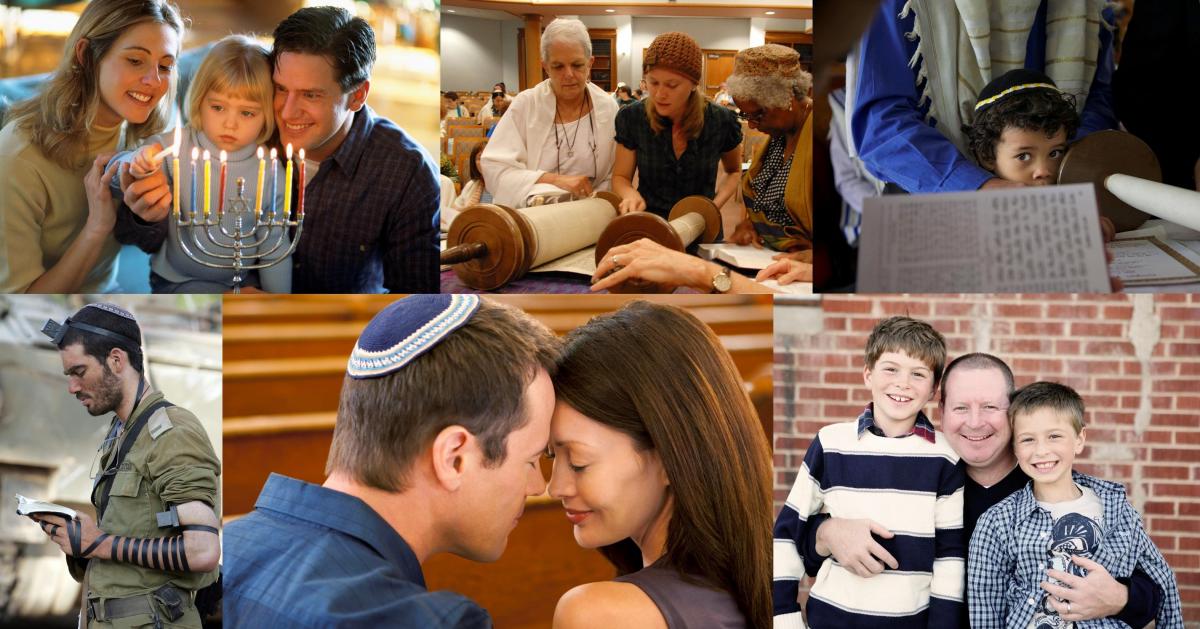 Jan 13 2016 12:13 PM
Thank you for reading our ministry news letter. If you'd like to read more about our ministry, check out my other blogs. Contact me if you would like to have information about reaching your Jewish family and neighbors. awakeoisraeljm@aol.com